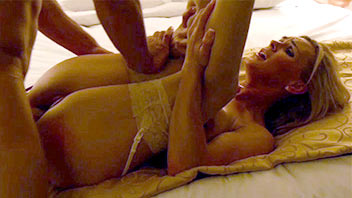 She's so close to me at all times, but yet so untouchable that it's all I can even think about. I did not hire my kid's nanny, my wife did. She's way too hot, I would have never done that… have her right in the house with us? She's the ultimate British Nanny fantasy. She's got this body, this accent, she's fucking beautiful! I think about her even when I'm having sex with my wife. I may actually have to fire her eventually, and it's terrible to say because she's done nothing wrong. I don't want to fuck up my marriage, but I can't even role-play “British Nanny” with my wife for obvious reasons, so that's why I've called Tanya Tate. She'll be here any minute.

12:35
views days ago
Great sex between the old lady and her hairdresser will please both of them

10:01
views days ago
Gorgeous blonde mature fucking on the bed

14:28
views days ago
Mature school teacher from Oklahoma showing herself on camera

17:02
views days ago
Redhead mature woman gets cock in her asshole